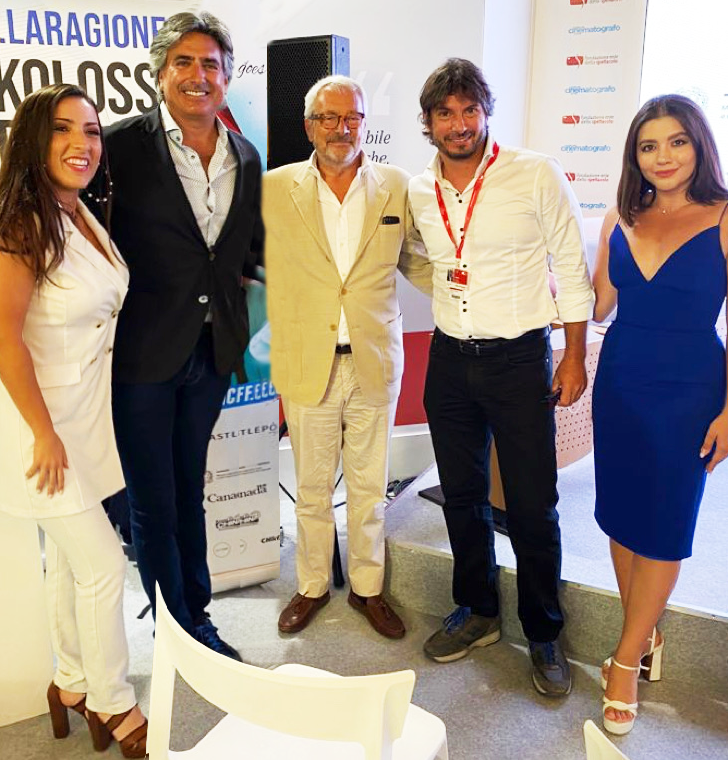 The Canadian delegation launches a program focused on co-productions, new technologies, and the future of cinema and animation at the Venice International Film Festival

Toronto, Ontario – The Italian Contemporary Film Festival (ICFF), presented by Lavazza, takes the spotlight in Italy with an extraordinary Canadian delegation, celebrating its 10th anniversary at the renowned Venice International Film Festival. Supported by Cardea Homes, Castlepoint Numa, and The Toronto Clinic, the mission ICFF goes to Venice reunited over 150 Italian and international industry leaders and journalists, presenting the incredible achievements of the initiative over the years.

During the past challenging months, the ICFF, thanks to the unwavering support of the Italian Ministry of Foreign Affairs elected to keep its invaluable role in supporting the Italian film industry and further its mission to reach more audiences.

Attaining a new milestone, the ICFF landed in Venice and was welcomed by the President of the Biennale, Roberto Cicutto, who congratulated the festival on its successes and praised the collaborations formed between Italy and Canada.

The conference served as a great opportunity to launch the new program of ICFF Industry Day, the event that brings together industry professionals from around the world, and aims to create networking opportunities between international players. This year, the event will take place on November 30th and December 1st, thanks once again to the incredible support of the Italian Embassy in Ottawa, the Italian Consulates in Canada, the IIC, SIRT, Take 5 Productions, ANICA, and the Italian Trade Commission. The initiative will focus on a slate of pivotal topics for industry experts, spanning from panel discussions on co-productions to demonstrations of some of the most progressive technologies in the field of filmmaking.

In recent years, the Italian film industry has been growing at a very fast pace and Industry Day will offer Italian filmmakers the chance to meet, discuss, and network with their Canadian and international peers, learning about the craft from another perspective and kick-starting new relationships with global players.

During the meetings in Venice with Iginio Straffi, CEO of Rainbow S.p.A., and Vincenzo Nisco, CGI Art Director, the festival has finalized the participation of the internationally-acclaimed Italian company, the leader in the creation of animated and live-action TV and film products, at the 2021 Industry Days. Rainbow S.p.A. will be one of the protagonists of the event for the segment dedicated to animation and the new challenges of the craft.

Emotions were running high for film director Alice Filippi, winner of the Best Director Award and the People’s Choice Award during the tenth edition of ICFF, for her incredible work in Out of My League / Sul più bello. Filippi was presented with the prize during the special event of the Women in Cinema Award (WiCA), during which she declared “It was very emotional to have my film play across the world. When presenting a movie, you’re always scared of what the outcome might be, and I am glad that it was so loved by the Italian and Canadian audiences”. 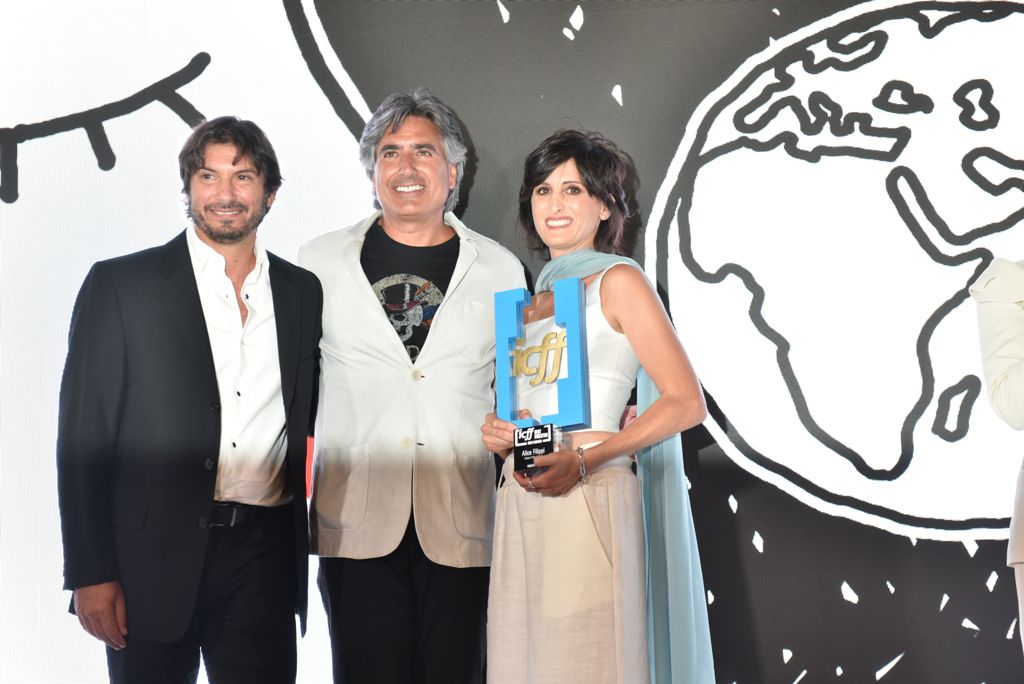 The Venetian press conference was also an opportunity to award one of the most avid supporters of the festival since the very beginning, the Head of International Relations of ANICA, Roberto Stabile. Stabile was presented with the Award of Excellence honouring his unmatched support to the Italian audiovisual and media industries, and his efforts in strengthening the relationship between Italian cinema and international markets.

“The mission of the Festival in Venice was very fruitful in many different ways, especially in creating new collaborations that will help support Italian cinema in the world, which remains our main goal,” said ICFF Chairman, Paul Golini. “During these 10 years, the ICFF has grown and has become one of the largest Italian film festivals in the world and we look forward to continuing our mission of promoting Italian cinema and supporting co-productions and international collaborations”.

Countless industry leaders, filmmakers, and media representatives took part in the conference with an important participation of the media partner Rai Italia and Rai Movie. Reinforcing the partnership with the acclaimed ‘David di Donatello’ Awards, directed and presided by Piera Detassis, the festival was proud to have the participation of the most prestigious Italian awards at its conference.

The days in the lagoon have been the perfect occasion for the Festival to meet with some of the most respected and established directors and up-and-coming filmmakers of the Italian scene, forging new relationships and partnerships for the future. Amongst them, the ICFF had the chance to meet again with Simone Catania, the director who participated in last year’s program of Industry Day, Catia Rossi, Head of International Sales from Vision Distribution, who has been collaborating with the festival for years to bring the best of Italian cinema abroad, and also Amedeo Gagliardi, Davide Cavuti, and Alessandro Gatto.

Canada was one of the protagonists of this 78th Venice International Film Festival, both in the jury and in the film selection. The talented Sarah Gadon was one of the esteemed jurors of this edition, next to some of the biggest names of contemporary cinema. On-screen, Canada was under the spotlight representing the exceptional and long-awaited film Dune by the Canadian master director, Denis Villeneuve, and the captivating 20th-century western film, the Power of the Dog, a co-production with Canada directed by Jane Campion.

After the extraordinary presence of the ICFF In Venice, and thanks to the support of its media partners Rogers Communications, OMNI Television, and CHIN Radio, the ICFF returns to Canada for the most-awaited 46th edition of the Toronto International Film Festival