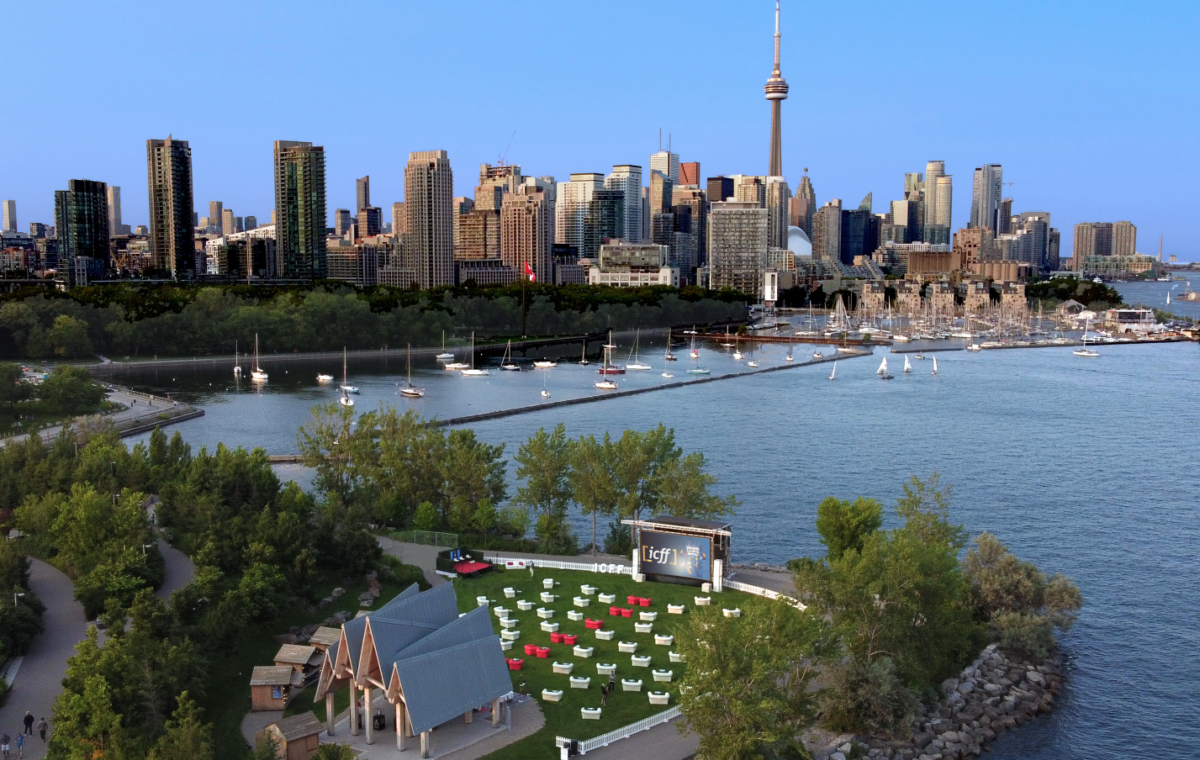 A glamorous 10th edition of The Italian Contemporary Film Festival attract over 50,000 participants

The ICFF awards Out of My League the ICFF’s People’s Choice Award and its director, Alice Filippi, takes home the Best Director Award. You Came Back is the Winner of the Critics’ Award, The Chain receives the Empire Community Award, and Maurizio Paganelli is bestowed the Best Producer Award.

Toronto, Ontario – The Italian Contemporary Film Festival (ICFF), presented by Lavazza, wraps up its 10th edition with unprecedented results, safely gathering over 50,000 people and exceeding all past records. With more than 150 films officially selected, the Festival had the arduous task of selecting its winners amongst some of the most talented filmmakers and most beautiful films of 2021.

Registering a unanimous vote from the audience, the ICFF’s People’s Choice Award went to Out of My League/Sul più bello directed by Alice Filippi. This young and talented director was also awarded the Best Director Award for her brave and clever direction that brought to screen the story of Marta, an energetic and lively girl affected by a terminal disease.

The Festival’s Critics’ Award recipient was You Came Back/Lasciami Andare by Stefano Mordini for its poignant story that follows Marco and his ex-wife as they face the mysterious events following the death of their son, Leo. The Chain, directed by Vittorio Rossi and produced by Barry F. Lorenzetti, received the Empire Community Award for its engaging narrative of the convergence of the language of cinema and theatre.

The ICFF Lifetime Achievement Award was given to the Italo-American Hollywood director, screenwriter, and producer, George Gallo (The Comeback Trail) for his incredible contribution to the world of cinema over the past thirty years.

Maurizio Paganelli was awarded the ICFF Best Producer award for the film, EST – Last Minute Dictatorship/Est, Dittatura Last Minute, the captivating road trip story set during the eve of the fall of the Berlin Wall, that was inspired by his own life experience

This year’s Award for Best Short Film went to Slow by Giovanni Boscolo and Daniele Nozzi which brought to screen a satiric comedy about one of the greatest mysteries in the history of mankind: road traffic

Staying true to its mission of reconnecting people through the power of moving images, the ICFF, with the outstanding support of the Governments of Canada and Ontario, held a lineup of innovative initiatives spanning from in-person events in Toronto and Montreal, a drive-in film festival held in the heart of Toronto, to an online nationwide festival on the ICFF digital platform.

“The pandemic brought on major changes and we are still experiencing the rippling effects on the cinema and event industries,” said Cristiano de Florentiis, Co-Founder and Artistic Director of ICFF. “With the mission of connecting the two sides of the ocean and highlighting Italian cinema and culture, the ICFF presented a month-long series of events offering a stellar selection of films that engaged Canadians and Italians alike.”

Thanks to Christie Digital, a global audio-visual solutions company and leader in projectors, Toronto’s downtown waterfront never shone brighter as it did during this exclusive open-air cinema. From architecture and fashion to cycling and literature, the ICFF brought to light a never-before-seen theatre at Ontario Place, one of the Toronto’s most picturesque parks, immersing the audience through striking films and insightful panel discussion under the stars.

The ICFF, with the of support its media partners Rogers Communications, OMNI Television, and RAI Italia, presented a complete glamorous experience filled with Campari and refreshing Lavazza coffee surrounded by the unique and upscale décor of Luxe Modern Event.

“Words cannot describe how happy we are at Lavazza for the success of the 2021 edition of the ICFF!”, said Andrea Chiaramello, Head of Lavazza Canada. “Under very challenging circumstances, their amazing team was able to expand the program to a multi-platform one, activating both a digital platform and outdoor events. This Festival has been the symbol of reuniting the Toronto community around cultural initiatives, extending the boundaries well beyond the local Italian community by including a much broader demographics.”

While the ICFF initiatives in Ontario have come to an end, the Festival program continues in Montreal with screenings each Wednesday until the end of the month of August in Petit Italie.

The ICFF thankful for all the support it received throughout their events and promises to introduce new initiatives in 2022 as well as showcasing many new films and creative innovations – bringing Italy one step closer to Canada and fostering new connections.

The Italian Contemporary Film Festival, presented by Lavazza, is one of the most highly anticipated cultural events of the summer in Toronto and across Canada, with a loyal base of nearly 50,000 attendees per year. Established in 2012, it is one of the leading and most successful festivals of its kind, and the largest Italian film festival outside of Italy. Each year, ICFF screens dozens of films, including shorts and documentaries, in eight cities across the country, in Italian with English or French subtitles. But the ICFF is much more than simply a film festival… It is a unique exploration of Italian arts and culture. With special events highlighting the best of Italian food, wine, fashion, music, literature, architecture, and industry developments, ICFF is committed to celebrating Italian heritage, and bringing together artists and entrepreneurs from around the globe and connecting them with Canada’s diverse audience.

About the 2021 Festival Sponsors and Partners

As Presenting Sponsor of the ICFF, Lavazza, is committed to supporting the Festival and the art of filmmaking, bringing business and energy to Canada and offering festival patrons the opportunity to enjoy the best in storytelling through film. The Festival is promoted by the Ministry of Foreign Affairs and International Cooperation.