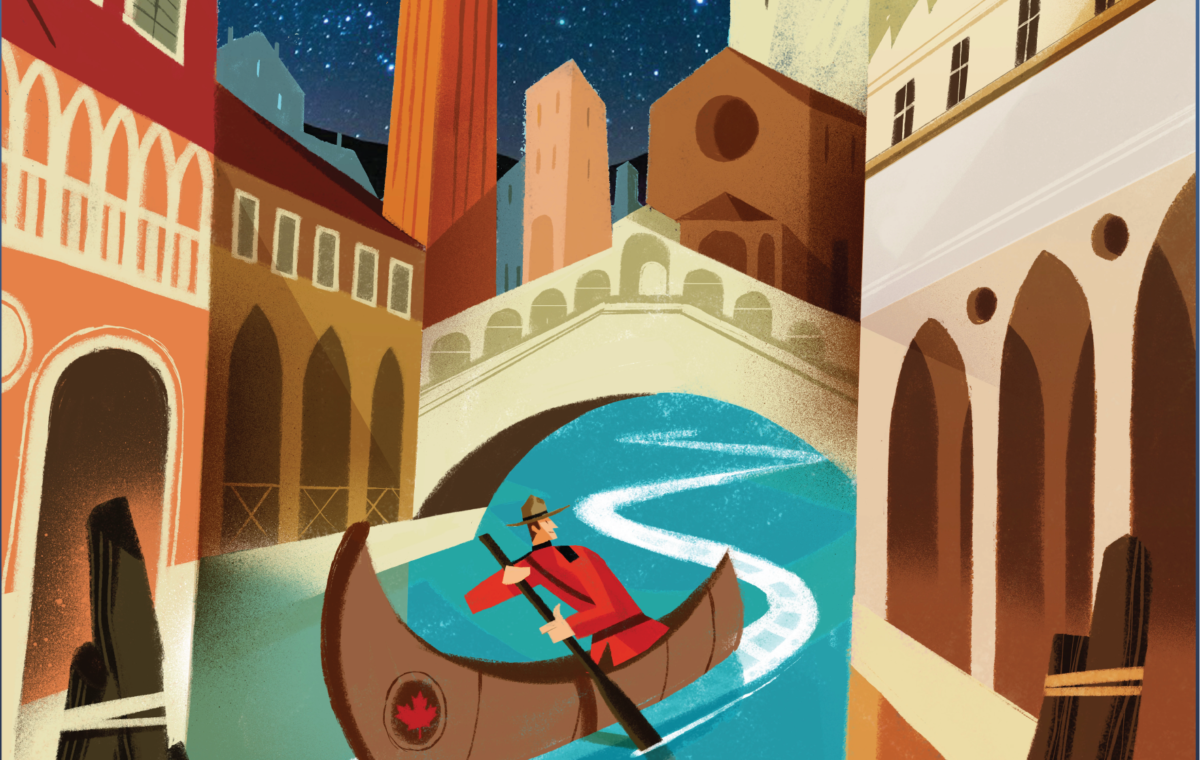 The Canadian festival will be in the Venetian Lagoon to tell its story, forge partnerships, reward the winners of the latest edition, and launch the ICFF Toronto Industry Days event in November.

Toronto, Ontario – The Italian Contemporary Film Festival (ICFF), presented by Lavazza, is proud to announce that on September 6, 2021, at 12.30 an extraordinary Press Conference will be held at the Hotel Excelsior in Venice, Italy. The participation in the 78th Venice International Film Festival will be an opportunity to celebrate the 10th anniversary of its foundation, hold a series of meetings, forge new partnerships and launch the ICFF Industry Days 2021 dedicated to promoting co-productions between Italy and Canada.

After the remarkable accomplishments of this year’s edition of the Festival in Toronto and Montreal, with drive-in screenings, upscale open-air events, and an incredible online nation-wide film festival, the ICFF is now landing in Venice to retrace its successes and award some of the winners of the latest edition of the initiative.

Attracting an audience of over 50,000 people across Canada, the Festival will present the milestones achieved during this 10-year journey of promoting Italian contemporary cinema in North America. The pandemic crisis forced the ICFF to rethink with the partner CHIN Radio, its strategies, and the event in Venice will be the opportunity to highlight the stellar results of these pivoting efforts and showcase how the event has become a mainstay in Canada’s festival landscape.

The press conference will see the participation of ANICA (National Association of Cinematographic Audiovisual and Multimedia), one of the first and most avid supporters of the Festival and steadfast partner of Industry Day. On behalf of ANICA, Robert Stabile, Head of International Relations, will take part in the event.

For the second year in a row, the Festival is happy to partner with the Women in Cinema Award (WiCA), created by Claudia Conte, Angela Prudenzi, and Cristina Scognamillo. The event will feature leading figures from the world of cinema and culture, amongst them the renowned fashion designer, Alberta Ferretti.

Rainbow S.p.A., the internationally-acclaimed Italian company leader in the creation and production of animated and live-action TV and film productions, will also partake in the conference as a long-time supporter of the Festival. The company has a close relationship with Canada as well, having recently acquired fellow Canadian animation studio, Bardel Entertainment.

One of the most brilliant winners of the 10th edition of the ICFF was Alice Filippi. The talented director earned two prizes, winning first the People’s Choice Award at the Lavazza Drive-In Film Festival, co-organized by CHIN Radio, and later the Best Director Award at ICFF 2021 for her outstanding work on the film, Out of My League / Sul più bello.

The Venice event will represent the occasion for Filippi to receive the awards and recognition for her brave and clever direction that brought to screen the touching and entertaining story of Marta, an energetic and lively girl affected by a terminal disease.

“This extraordinary presence in Venice not only represents a momentous landmark for the ICFF, but it is also an incredible opportunity for the festival to present its mission and achievements during the world’s first film festival and one the most acclaimed internationally for its creative and innovative drive, the Venice International Film Festival,” said Paul Golini, ICFF Chairman.

During the past challenging months, the ICFF, in partnership with the Toronto International Film Festival (TIFF) and with the support of the Italian Ministry of Foreign Affairs (the Italian Embassy in Ottawa, the Italian Consulates in Canada, the IIC, and the Italian Trade Commission), elected to keep its invaluable role in supporting the Italian film industry.

Parallel to the promotion of cinema made in Italy, the festival presents a wide program of international films with the presence of world-famous stars. During its latest edition, the festival awarded Disney and Pixar’s Luca and The Comeback Trail, the latest work starring Robert De Niro and Morgan Freeman.

A fundamental part of the ICFF’s mandate is promoting the Italian film industry abroad and supporting co-productions between Italy and Canada. To pursue this mission, the Festival, with the steadfast support of SIRT, Take 5 Productions, ANICA, and the Italian Trade Commission, established in 2013 the annual event dedicated to filmmakers and experts in the field, ICFF Industry Day. Following last year’s successful edition, which brought together hundreds of industry professionals from around the world, the 2021 Industry Days will be held at the Pinewood Studio in Toronto on November 30th and December 1st, 2021. The event will maintain its commitment to encouraging collaborations and will present a whole new program with in-person and online components.

After a game-changing edition of the Festival and thanks to the support of its media partners Rogers Communications, OMNI Television, RAI Italia and CHIN Radio the ICFF is thrilled to embark on a new journey and present its one-of-a-kind program in Venice during the exceptional 78th Venice International Film Festival.

The mission ICFF goes to Venice ‘21 is supported by: Cardea Homes, Castlepoint Numa and The Toronto Clinic. 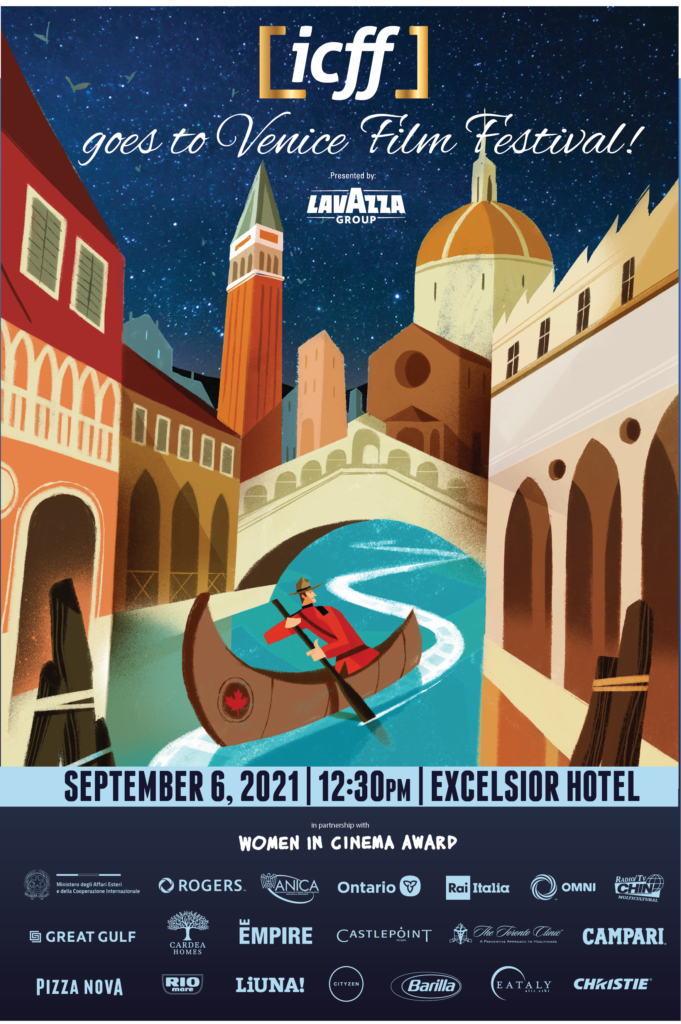