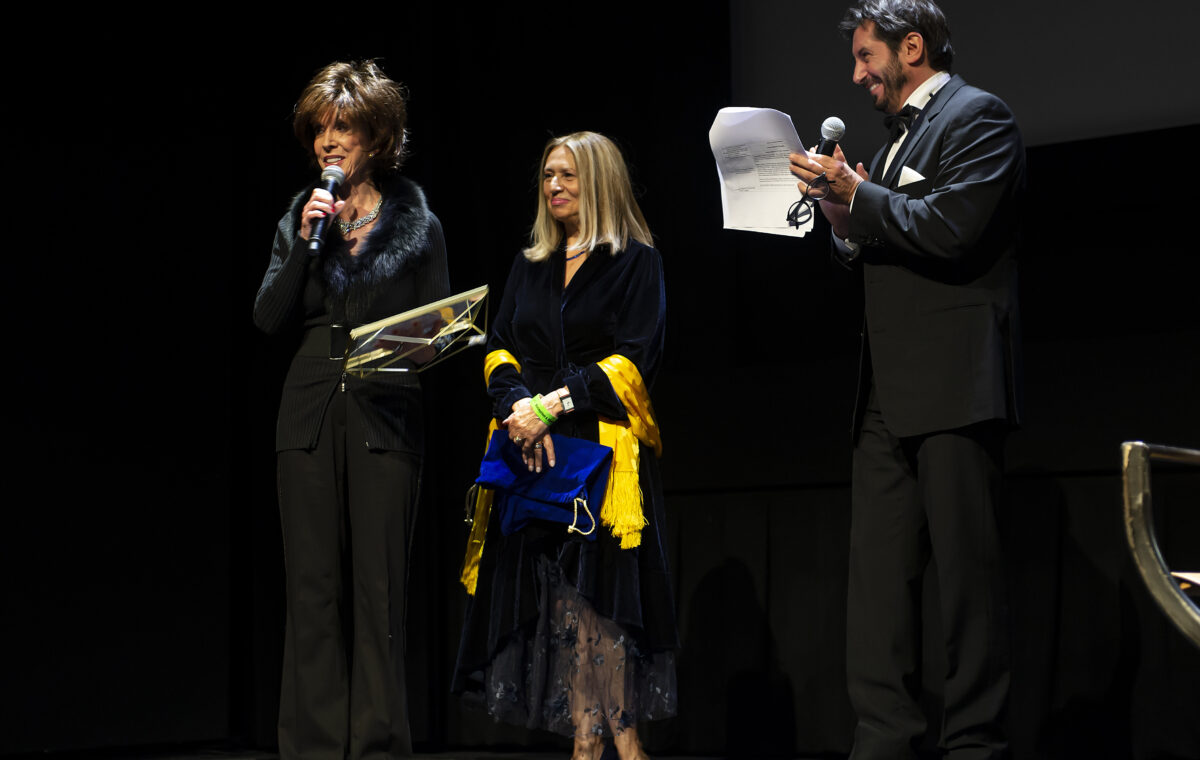 ICFF Celebrates the Return to the Cinemas with the Documentary on Dean Martin
Sold Out Theatre for ICFF’s comeback to the renowned TIFF Bell Lightbox! Celebrating Dean Martin and
his extraordinary legacy, ICFF is proud to have reconnected audiences for a night of fun and music.

The words are carried by his mellifluous voice; indeed, he possessed one of the richest and most
seductive voices of his generation. Dean Martin sang this song many times, but on Tuesday,
November 30th, the words had a special meaning for the ICFF and its many guests!

The doors at the TIFF Bell Lightbox theatre finally opened to let in a full house of 500 excited
guests that knew they would be in for a treat and have a good time, because, after 2 years of a
pandemic-weary life, “tomorrow’s gonna be a better day”!

Dean Martin, King of Cool, larger than life, told his story on the screen to the many that grew up
with his music and to those, younger, that knew of this icon through older generations. Rather, it
was Tom Donahue, that recounted the story in his riveting but easy going biopic of the
multitalented Rat Packer. He says of his film “It is very hard to get to the bottom of what really
drove this man, but I think we came up with a fun answer. Is it the right answer? We’ll never
know.”

The answer is that the biopic was an entertaining collage of reminisces from Martin’s many friends
and colleagues such as Carol Burnett, Tommy Tune, Jon Hamm and many others that Donahue
skilfully wove around the life of Dean Martin. Threading through this marvellous collage Donahue
is able to insert several clips of Martin’s daughter Deana who explores the gap between his life-ofthe-party public persona and his desire to live quietly away from the cameras.

The highlight of the evening of course was the presence and participation of Deana Martin herself,
who along with Tom Donahue, Paul Barry (executive Producer) and John Griffeth (Producer), took
to the stage to regale a spellbound audience with anecdotes and snippets of her father’s life. The
director spoke briefly about his project and the effort it took to get at Martin’s essence without
trampling on his mystique and bringing to light some of the darker aspects of his life.

To cap the evening before the screening of Dean Martin, King of Cool,

ICFF honoured Deana Martin with the ICFF Excellence Award in recognition of her remarkable
and inspiring career, and her commitment and dedication to upholding her father’s legacy and the
Italian lifestyle abroad.

The evening’s success is also thanks to the steadfast support of the Italian Embassy in Canada, the
Italian Consulate in Toronto, and the IIC. ICFF enjoys the much appreciated backing of Rogers
Communication, ICFF official communication partner, and its media partners CHIN Radio, OMNI
Television and RAI Italia, and the many sponsors who made it possible for Dean Martin, King of
Cool, to reach Toronto audiences.

Enthusiastic applause lingered long after the last credits rolled over the screen. For 200 guests
however the evening was not yet over.

Stiletto heels could be heard click-clacking up Peter Street to Riccarda’s Event Venue, where all in
accordance with Covid regulations, an after-party, Black-tie affair, went into full-swing, in a salute
to the King of Cool, and doing honour to the sartorial flair of Martin.

The evening, featuring the glamorous and well-healed, and the more creative and cool, was wined
and dined with Martin signature drinks and exquisite Italian food with dishes inspired by Dean
Martin’s all-time favourites, including “pasta e fazool”. Well, …That’s Amore!

Deana Martin, most graciously, posed for pictures with guests. The quintessential Italian crooner’s
voice rang melodiously through the many screens in the club’s space and flowed through the
excited chatter of every person, happy to be out and in other people’s company.

In 1954, That’s Amore, one of Dean Martin’s most beloved songs, was released, written by his
friend and colleague Harry Warren; another Italian American (Guaragna).

The song is a declaration of love for Italy and the traditions of his own heritage, such as pizza,
wine, cuisine and tarantella. Dean Martin sang about all this; but in effect, what he brought
America and the rest of the world was an iconic image of Italian elegance, talent, and joie de vivre.

ICFF, always in pursuit of Italian excellences, brought Toronto audiences, a reminder of Dean
Martin, King of Cool—— Italian Cool, that is!