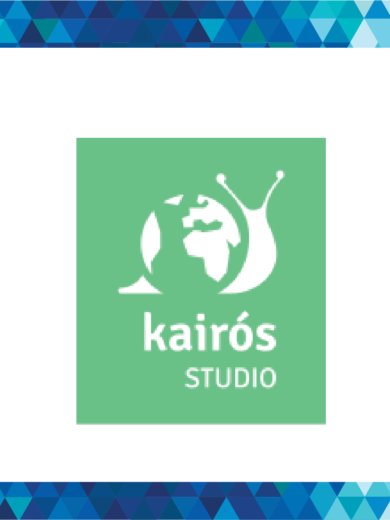 Kairostudio is a production company founded by Daniele Di Domenico in 2007 in Parma. It was born as a professional studio specialized in communication of contents related to nature and science. During the first years, the company worked for institutions and research centres in Italy and abroad, producing institutional videos, documentaries and crossmedia projects, with a strong tendency for experimentation. In 2014, they created their first independent productions, producing “Hands”, the first italian Social Movie. In 2015, Kairostudio produced a second animated series, “SvalandBard”, with the Svalbard Environmental Protection Fund and Norway as co-producers. In 2021, they released “The Giants of the Sea”, a documentary broadcast on Geo, RAITRE. Among other projects, the company is now working on a new animated project, currently in the development stage.