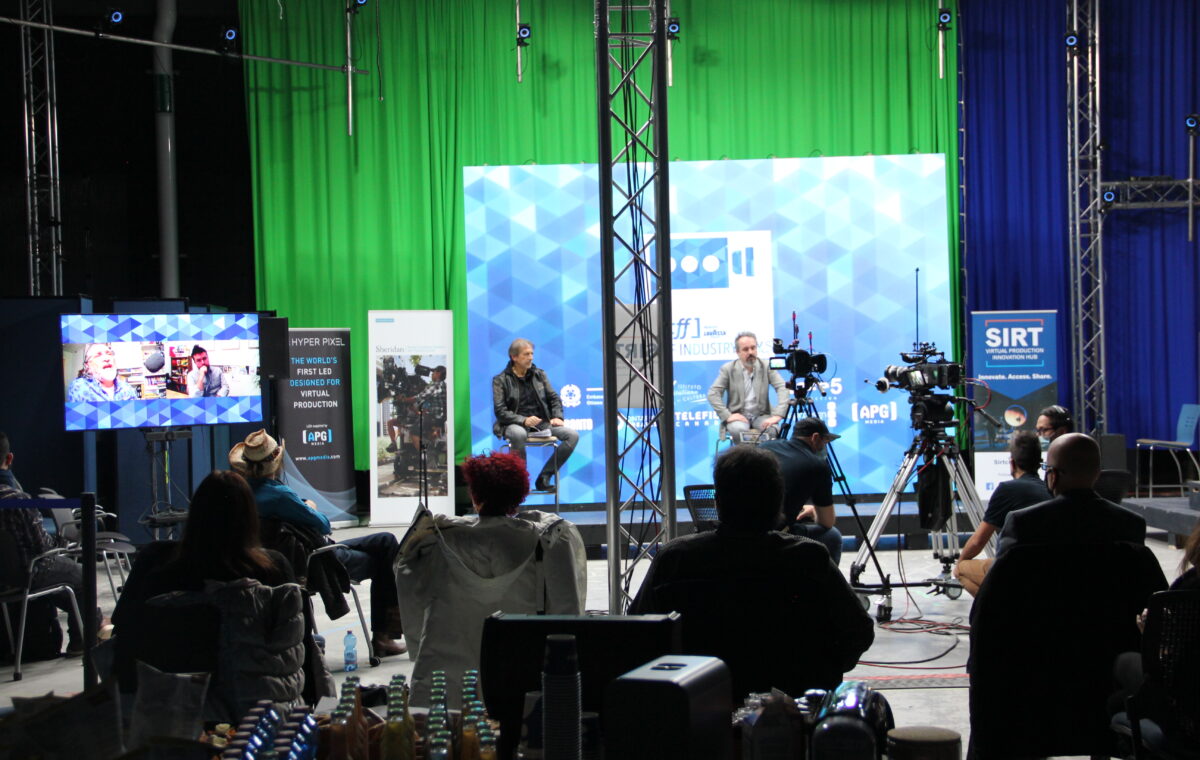 ICFF Industry Days 2021: record attendance with 500 industry professionals and media joining from Pinewood Toronto Studio and online from around the world

The international conference spotlights the bright future of public screenings, productions, and animation

TORONTO – Over 500 participants, among media and industry professionals, came together for the annual ICFF Industry Days conference, presented by Lavazza and organized with the Istituto Italiano di Cultura in Toronto. The initiative, in partnership with SIRT Sheridan and Take 5 Productions, took place over the course of two days, November 30th and December 1st, at Pinewood Toronto Studios, and reconnected Italy and Canada to talk and discuss the future of cinema, animation, and productions worldwide.

Kicking off the conference was Derrick de Kerckhove, the former assistant of Marshall McLuhan and one of the most renowned mass media experts of the 21st century, with an introduction on media and the evolution of public screenings. What transpired in the unavoidable conflict between “films online and on-life”: watching films on streaming platforms and enjoying movies at the theatre.

To the question “what will the future of public screenings look like?”, all panelists agree the answer lies in the storytelling of the films. “If a film is good people will go see it. We all wanna go to the movies to reconnect with the stories”, confirms Vincenzo Guzzo, CEO of Guzzo Cinemas. He also added, “The theatrical release is required, it is an added value, and it is what will give more eyeballs to the streaming release afterward”.

The conversation highlighted that streaming can’t compare to watching films together with an audience; “there is nothing like crying or laughing with an audience. That is all about being human, and it cannot be replicated by streaming service as home”, affirms Sarah Timlik, Director of Sales Distribution & Development at Elevation Pictures, supported by Ezio Greggio, present as President of the Monte-Carlo Film Festival.

In addition, the technologies at the cinemas, particularly the new Christie’s laser projectors, have no competition when it comes to the quality of images, confirmed Don Shaw, Senior Director, Cinema Sales at Christie Digital. Especially now that the audience is getting used to watching international content with subtitling, sharp images hold a key role.

“A lot has changed in the entrainment industry in the past two years but, as it was highlighted in the conference, the symbiotic relationship between studios and movie theatres remains intact,” says Cristiano de Florentiis, ICFF Co-Founder and Artistic Director. He also continues, “As a festival, ICFF looks forward to facing all the upcoming challenges and bringing people back together with new captivating events that aim to reconnect Italy and Canada”.

From cinemas to animation, ICFF Industry Days, sponsored by Blackmagic Design, hosted two of the most respected masters in the field, Iginio Straffi, CEO and President of Rainbow Group, and Andrea Iervolino, CEO and Founder of ILBE S.p.A. Both announced their upcoming projects, “Pinocchio”, and “Puffins” voiced by Johnny Depp, and discussed their filmmaking journey from the early days until their latest successes.

The second part of the day focused on animation with incredible names and companies such as one of the creators behind Netflix’s hit series Tear Along the Dotted Line by Zerocalcare, Giorgio Scorza, CEO, Director and Art Director of Movimenti Production. Moderated by Tony Tarantini, Professor in the Department of Animation of Sheridan College, the panel discussion featured speakers live from Pinewood Toronto Studios: Vincenzo Nisco, Art Director of Rainbow, and Frank Falcone, President and Executive Director of Guru Studio. The table discussion was also rich in virtual interactions from the panelists on Zoom with Peter Nalli, Head of Animation and VFX at ILBE; Alan Barillaro, Oscar-winning director of Piper; and Alan Vele, CEO and Producer at Al One.

One of the key queries that arose during the panel was the challenges and benefits of animation co-productions. The answer is far from easy but the bottom line is, “work with the creatives who understand and respect your pipelines and workflow”, said Frank Falcone, supported by the rest of the panelists and animators.

Co-productions are the core of the development of the film industry at large, and the second day of the conference focused on highlighting that. Since the establishment of the co-production agreement between Canada and Italy in 1997, the two film industries have been flourishing and benefitting from the collaboration of the countries, both from the quality and value of the content created, and from a technical and technological point of view. Italy and Canada have influenced each other but have also grown together, experimenting with new storylines and creating new opportunities for future filmmakers. This positive attitude on what’s to come has been reiterated by the outstanding producers and experts who have joined and participated in the event.

The Industry Days, organized with the support of Ontario Creates and the City of Toronto, and in collaboration with ANICA and the Italian Trade Commission, featured a spotlight on international co-productions. The event set the stage for the producers and directors of some of the most awaited blockbusters of the season: Cyrano by Joe Wright, starring Peter Dinklage of Game of Thrones, and line produced by Enrico Ballarin; Across the River Into the Trees by Paula Ortiz and starring Josh Hutcherson and Matilda De Angelis, and produced by Andrea Biscaro and Robert MacLean; Muti directed by George Gallo and starring Morgan Freeman.

The key topics of the discussion moderated by Senior Vice President at Take 5 Productions, Nick Ianelli, were the funding and grants available in Italy and Canada for all filmmakers. Featuring the extraordinary participation of Francesca Accinelli, Vice-President of Promotion, Communications and International Relations at Telefilm Canada, the conversation underlined the incredible opportunities available across the country and the beneficial placement of Toronto within the film industry landscape, being one of the top five screen-based industries in North America.

The section dedicated to Virtual Production, coordinated by Spencer Idenouye, Production Lead at SIRT, underlined the growing importance of the role played by the most advanced techniques already available today. The demonstration of the potential of Virtual Production has confirmed the excellence achieved thanks to the latest developments that took place in this field. In addition, thanks to the extraordinary participation of Blackmagic Design, WarnerMedia, Luno Studio, and AMD, the conference brought to light some of the most pivoting changes in the world of virtual productions which are sure to have a great impact in all upcoming sets.

During the Conference, the ICFF introduced the producers and the director of the documentary Dean Martin: King of Cool, a preview of the evening screening (held at the TIFF Bell Box) of the film, which marked the highly anticipated return of the Festival to theatre screenings. Karen Gordon, acclaimed TFCA film critic, hosted a live conversation with Deana Martin, the daughter of the famous actor and entertainer, Tom Donahue, the director, Paul Barry, the executive producer, John Griffeth, and Ilan Arboleda, the producers of the film. 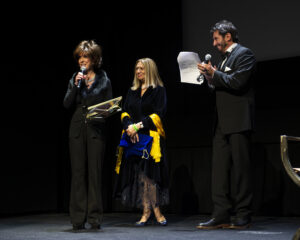 The virtual and in-person participation in the event brought to light the upsides of what social platforms can offer to people looking to reconnect and, in many ways, opened new doors and horizons for future collaborations and opportunities. Industry Days concluded its record-breaking 9th edition with the wish to fully reunite people next July for the multicultural festival, and for another incredible season of the conference in November 2022.