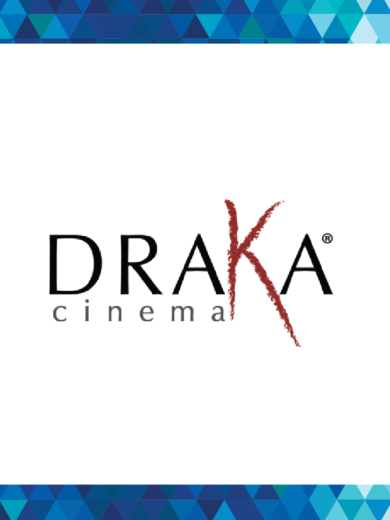 Draka Production is an Italian independent movie production company. The editorial policy is focused on film d’essai, cultural movie and stories based on books, also fantasy. Draka Production offers executive production services in Italy and Africa ( Kenya and Morocco): location scouting, relations with institutions, casting and set organization, up to post-production services. The company can also give support in searching for sponsors and product placement activities. The knowledge of the territories, Italian, Kenyan and Moroccan, with their peculiarities and dynamics, their company background and cinema expertise, combined with a long experience in the industry, makes Draka an efficient and solid partner for both Italian and international productions. It is upcoming to Italian theaters “Questa notte parlami dell’Africa” (Shapes of Africa) based on the very popular Italian book “Questa notte parlami dell’Africa” by Alessandra Soresina (ed. Piemme).

Draka Distribution is a distribution company established on the international and national stage. The company has a rich catalogue of films, TV series and documentaries, both Italian and foreign, for a wide look at the independent quality audiovisual market. Draka Distribution distributes also all the movies by its twin company, Draka Production. The last titles released in the Italian theaters are the Latvian “Away” by Gints Zilbalodis, a great silent animation movie; the French drama “Gauguin” directed by Eduard Deluc, a Studio Canal and Canal Plus co-production, starring a very intense Vincent Cassel in the role of the master of the Post-Impressionism; the Spanish animation movie “Buñuel in the labyrinth of turtles” (European Film Awards as the Best Animation Movie 2019) by Salvador Simò, about the great director of the Surrealism Luis Buñuel.