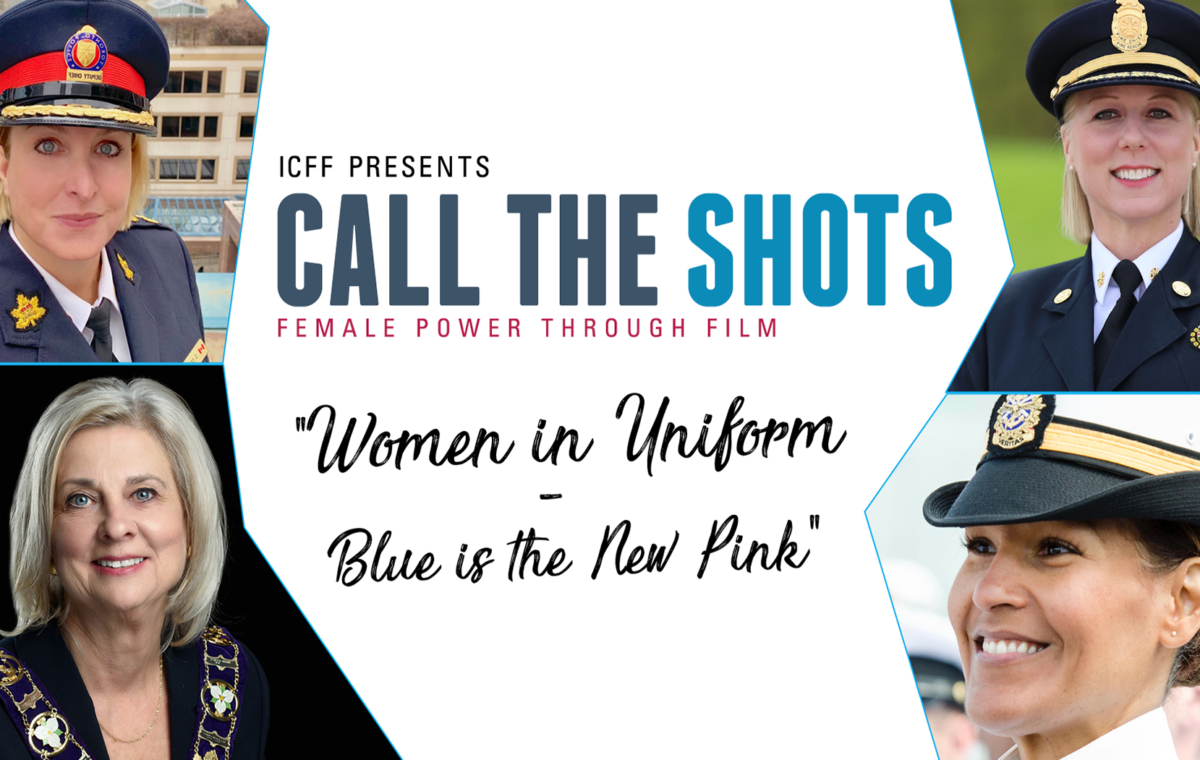 The Italian Contemporary Film Festival honours International Women’s Day with its annual event, Call the Shots: Female Power Through Film, through a compelling female panel discussion and the Canadian Premiere of the Italian TV series, Petra.

TORONTO – The ICFF, in partnership with the Toronto International Film Festival, proudly presents its 4th edition of Call the Shots: Female Power Through Film, available online and nation-wide on the ICFF platform at digital.tiff.net, from March 8th to March 29th. The initiative focuses on the essential contribution women have made within the protective and public service industries through an engaging panel discussion featuring some of the most successful and highly-accomplished female officials including: Deryn Rizzi, Fire Chief and Director, Emergency Management, Mississauga; Shawna Coxon, Deputy Chief of Toronto Police; Kelly Williamson, Commander, Director Public Affairs at Royal Canadian Navy; and Virginia Hackson, Chair, the Regional Municipality of York Police Services Board, Mayor of the Town of East Gwillimbury.

Celebrating International Women’s Day and perpetuating the pivotal message of this day, Call the Shots is proud to present and showcase the astounding achievements of women in social, economic, cultural, and political settings. Since its inception in 2018, the event has encompassed female power in different fields and has featured women, leaders in their sector, who advocate for a more equal and fair society, and continue to champion gender equality for future generations. Maintaining and strengthening its mandate, ICFF Call the Shots dedicates its 2021 edition to “Women in Uniform”, honouring the female power in Law Enforcement, Firefighting and the Navy/Military.

Thanks to the poignant panel discussion, the event furthers a dynamic conversation between awe-inspiring representatives of the police force by recounting their experiences in their respective industries, and the lessons they learned throughout their journey. During the panel discussion, the speakers highlighted their personal struggles, finding their own role within these still very male-dominated fields, and how they have overcome these obstacles, providing guidance for many girls out there who are looking to take a similar course.

Speaking on how policing has changed since women have been allowed to enter the field, Mayor Virginia Hackson said that the new female “hires that come in are taking areas or working in areas that were only [occupied by] men many years ago, and it has changed dramatically. Women have the strength and intelligence to do it.”

When speaking on what it means to wear the uniform of a Naval Officer, Commander Kelly Williamson admitted that as an officer “we want to reflect the society that we represent which is why diversity and inclusion are so important.” She went on to say that “we’re seeing more women enter these various domains, we’re seeing more people from underrepresented minority communities enter”, and “these people will ascend to positions of leadership.”

ICFF Director of Operations and founder of the event, Mara Cataldi, stressed the importance and impact that events such as Call the Shots have in today’s society, “unlike many other initiatives focused on female empowerment, which are incredibly important in their own right, Call the Shots: Female Power Through Film is unique”. And continued, “every year we select a different theme, and we commit to analyze it from the perspectives of women who have achieved great success and became experts in their respective fields.”

Call The Shots is proud to enrich the theme of the event through the screening of one of Italy’s latest and most acclaimed TV series, based on the bestselling novel “Death Rites” by Alicia Gimenez-Bartlett, Petra. The show-stopping series, starring the talented Paola Cortellesi and directed by the brilliant Maria Sole Tognazzi, will be screened in Canadian Premiere exclusively for the ICFF Monthly program members, and will represent a unique film experience organized thanks to the incredible partnership with TIFF.

Paola Cortellesi, who played the character of Petra in the TV series, said in an interview with Cristiano de Florentiis, ICFF Co-Founder and Artistic Director, “I really her [Petra]. She has a way of talking to others that is new, ground-breaking and disrupts the clichés usually associated with women”. During the interview, Maria Sole Tognazzi, director of Petra, also added “what I like most about this [the TV series] is not only the way is told by women, but mostly the way women are portrayed”.

Certainly the event will engage audiences Canada-wide and provide an interesting reflection on the role women in the Armed Forces of Canada and the many steps they take in order to keep us safe and protected.

Call the Shots: Female Power Through Film airs today, March 8th via Tiff Bell Lightbox. You can find out more about the event, Petra, and the initiative here.